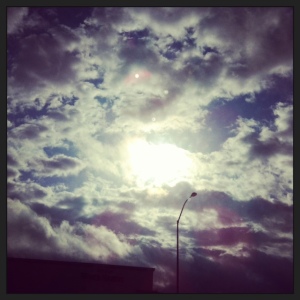 He who dwells in the secret place of the Most High shall abide under the shadow of the Almighty.
-Psalm 91:1

At the turn of the New Year the Lord gave me that verse and told me that 2013 would be a year of finding the secret place.

So what is “the secret place” talked about here?

So how do we know what’s secret and what’s for others?  We’ll the first thing to do is ask the Lord but one way to know it’s secret revelation is when the things He has shown you are inexpressible.   Paul when talking about his third heaven vision in 2 Corinthians chapter 12 said that he heard inexpressible words, which it is not lawful for a man to utter.  Paul had been given secret revelation.

Have you ever read over a verse that you know speaks to your spirit?  Where it jumps off the page at you and moves you in a certain way?  But then you read it again and realize you don’t even intellectually understand the verse completely?  Or maybe the verse is so simple like “Be still and know that I am God” but yet at the same time it’s so profound that you wouldn’t be able to explain how much it means to you to someone else?   It’s because the Lord has given you secret revelation and often times these things cannot be expressed.  They can’t be expressed because they are between you and the Lord and if you tried to explain it to someone else it probably wouldn’t make a whole lot of sense to them.

The Lord told me recently that He is releasing a wave of secret revelation to those who are hungry and those who want it.  It’s the cry of His heart to be closer with His children and that’s what this is really about.  It’s about sharing feelings with the Lord and letting Him speak to us in new ways.   It’s about just sitting with Him in His presence and sharing a moment of silence.  It’s about listening more than speaking and it’s about putting away your shopping list of prayer requests and asking Him what He wants you to pray for.

He is saying, “I will give you the treasures of darkness and hidden riches of secret places.” –Isaiah 45:3

Ask God what He wants to show you.  Ask Him to take you deeper into the secret place of His presence.

Arise, shine; for your light has come! And the glory of the Lord is risen upon you. -Isaiah 60:1